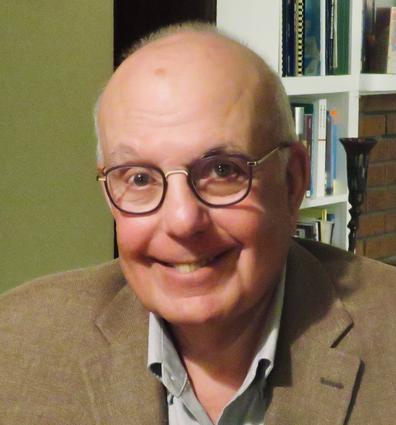 ​Vincent Mosco (Ph.D. Harvard) is Professor Emeritus of Sociology at Queen's University and Distinguished Professor of Communication, New Media Centre, Fudan University, Shanghai. At Queen's, Dr. Mosco held the Canada Research Chair in Communication and Society. His research interests include the political economy of communication, the social impacts of information technology, and the future of cities.

Dr. Mosco is author or editor of twenty-six books including The Digital Sublime (MIT, 2004) and The Political Economy of Communication (Sage, 2009). His 2014 To the Cloud (Routledge) is the first in a trilogy on the social impacts of new technologies. The second is Becoming Digital: Toward a Post-Internet Society (Emerald, 2017), which addressed the convergence of cloud computing, big data analytics, and the internet of things. The third is the 2019 The Smart City in a Digital World (Emerald), which takes up the political economic and cultural significance of the global movement to apply advanced technologies to manage and govern urban regions. Dr. Mosco’s participation in research groups in Brazil and in China led to the publication in 2019 of two research collections to which he contributed and which he co-edited.

Dr. Mosco serves on the editorial boards of academic journals throughout the world and has held research positions in the U.S. government with the White House Office of Telecommunication Policy, the National Research Council and the U.S. Congress Office of Technology Assessment and in Canada with the Ministry of Communication. A founding member of the Union for Democratic Communication, Dr. Mosco has also chaired the Political Economy section of the International Association for Media and Communication Research and was a research associate with the Harvard Program on Information Resources Policy. In addition, he has served as a consultant to trade unions and worker organizations in Canada and the United States.

In 2004 Dr. Mosco received the Dallas W. Smythe Award for outstanding achievement in communication research. The Digital Sublime won the 2005 Olson Award for outstanding book in the field of rhetoric and cultural studies. In 2014 the Association for Education in Journalism and Mass Communication honoured Dr. Mosco and his partner in life and in research, Dr. Catherine McKercher, with the Professional Freedom and Responsibility Award for achievement and leadership in research and activism. In 2019 Dr. Mosco was given the C. Edwin Baker award for outstanding scholarship in media, markets, and democracy from the International Communication Association.​ His most recent book is Critical Perspectives on New Media: Challenging the Neo-Liberal World Order, co-edited with Dr. Cao Jin and published by the Shanghai Translation Publishing House.

Completed the chapter "The Laboring of Labor Communication Research," for the Handbook of Digital Labor, January 2023.

Gave the lecture  "The Better Place: Utopia in the Age of the Metaverse", sponsored by SIEMEC-AICMA, a research institute based in India and Bangledesh, May 7, 2022.

​Gave two lectures sponsored by Fudan University, Shanghai in its China and the World Global Lecture Series. These were "Neo-liberalism and the Next Internet," April 22, 2022 and "Utopia in the Age of the Metaverse," April 28, 2022.

Accepted the invitation to write an article tentatively titled "What's a Meta For?: Confronting the Metaverse" for a special issue of the journal Javnost: The Public, March 2022

​Participated in a podcast on China and its relationship to the United States, February 2022. https://centerleftradio.podbean.com/e/america-s-china-syndrome-a-noble-hearts-forum/

Accepted invitation to serve on the Editorial Advisory Board of the Journal of Transcultural Communication, Beijing Foreign Studies University, November 2021.

Interview on the state of the digital world appeared in publications in Greece (in Greek) https://kosmodromio.gr/2021/10/19/tis-eksupnes-poleis-tis-kanoun-oi-anthrw/, October 2021.

​​Accepted the invitation of the University of Dhaka (Bangladesh) to join the editorial board of The Social Science Review, September, 2021.