The Smart City in a Digital World

What makes a city smart? The Smart City in a Digital World takes on this question by describing, challenging, and offering democratic alternatives to the view that the answer begins and ends with technology. In the wake of the 2008 global financial meltdown, corporations converged on cities around the world to sell technology, harvest valuable data, and deepen the private governance of urban life. They partnered with governments to promise what on the surface look like unalloyed benefits to city dwellers: safer streets, cleaner air, more efficient transportation, instant communication for all, and algorithms that take governance out of the hands of flawed human beings. Another story lies beneath that surface. Technology-driven smart cities deepen surveillance, shift urban governance to private companies, shrink democracy, create a hacker’s paradise, and hasten the coming of catastrophic climate change.

The Smart City insists that people make cities smart, that human governance still matters, and that genuinely intelligent cities start with a vibrant democracy, a commitment to public space, and to citizen control over technology. To make this happen, we need to understand the technologies, the organizations, and the mythologies that power the global smart cities movement, as well as the growing resistance to the technology-driven city. Drawing on case studies from around the world that document the redevelopment of old cities and the creation of entirely new ones, The Smart City provides an essential guide to the future of urban life in a digital world.

The Political Economy of Journalism

​The emergence of new logics of production and consumption related to the use of the Internet, and especially of social networks, was the starting point of the articles gathered here. Understanding the place of media in the various spheres of power of contemporary society is fundamental in order to reflect on the current developments and to propose alternatives for overcoming the threats and challenges now faced by Journalism. In this sense, this third edition of the book series "Political Economy of Journalism" reflects on: the work processes that involve Journalism; the capitalist accumulation logics applied to both mass and niche media; and the ethical and citizen issues that interfere with the journalistic production.

Becoming Digital: Toward a Post-Internet Society

The Next Internet, made up of the Cloud, Big Data and the Internet of Things, is creating a society filled with homes that think, machines that make decisions, drones that deliver packages or bombs, and robots that work for us, play with us, and take our jobs. It promises a world where computers are everywhere, even inside our bodies, “coming alive” to make possible the unification of people and machines. Becoming Digital explores the Next Internet as both a reality on the ground and a myth that inspires a new religion of technology. It takes up the coming threats to a democratic, decentralized, and universal Internet and the potential to deepen the problems of commercial saturation, concentrated economic power, cyber-warfare, the erosion of privacy, environmental degradation, and automation. Becoming Digital also shows how strong social movements and the right policies can help expand citizen control, social equality, and create a genuinely democratic Next Internet.

Contents
1, The Next Internet
2, Converging Technologies
3, Power, Politics, and Political Economy
4, The Body and Culture
5, Problems
6, Citizenship in a Post-Internet World
​

To the Cloud: Big Data in a Turbulent World

In the wake of revelations about National Security Agency activities many of which occur in the cloud this book offers both enlightenment and a critical view. Cloud computing and big data are arguably the most significant forces in information technology today. In clear prose, To the Cloud explores where the cloud originated, what it means, and how important it is for business, government, and citizens. It describes the intense competition among cloud companies like Amazon and Google, the spread of the cloud to government agencies like the controversial NSA, and the astounding growth of entire cloud cities in China. From advertising to trade shows, the cloud and big data are furiously marketed to the world, even as dark clouds loom over environmental, privacy, and employment issues that arise from the cloud. Is the cloud the long-promised information utility that will solve many of the world s economic and social problems? Or is it just marketing hype? To the Cloud provides the first thorough analysis of the potential and the problems of a technology that may very well disrupt the world.

"Once again, Vinny Mosco is way ahead of the pack in understanding the great communication phenomena of our times. To the Cloud shines a powerful light on cloud computing, educating us all and providing critical analysis, nuance, and context. In the process, Mosco provides an indispensable resource for making sense of the digital age." --Robert W. McChesney, author of Digital Disconnect: How Capitalism Is Turning the Internet against Democracy

"A towering figure in the political economy of communications, Vincent Mosco has taught generations of media scholars how to drill below the surface of corporate hype and decipher the sharp realities underlying apparently nebulous developments. Now he turns his formidable intelligence to the analysis of the cloud. This landmark publication is essential reading for anyone who wants to understand the next phase of digital capitalism." --Ursula Huws, University of Hertfordshire Business School

"Vincent Mosco has brilliantly demystified cloud computing and big data. He looks through the clouds to ask critical questions about how these new systems are being used, who controls them, and what the consequences are. To the Cloud brings us back down to earth and is an essential source for understanding these important new developments." --Janet Wasko, University of Oregon

'Vincent Mosco's heavily revised and thoroughly updated Political Economy of Communication is a masterpiece. (It) is the one single indispensable book that all media students and scholars need to read to understand this vital and growing area of research.'
Robert W. McChesney
Gutgsell Endowed Professor
Department of Communication
University of Illinois at Urbana-Champaign

'Mosco has done all students of communication a great service by updating this book. It captures, summarizes and illustrates an important set of voices and arguments, key interlocutors in the ongoing effort to construct a critical theory and analytic of contemporary communication and culture.'
Lawrence Grossberg
Morris Davis Distinguished Professor of Communication Studies and Cultural Studies; Adjunct Distinguished Professor of Anthropology, Director of the University Program in Cultural Studies,
University of North Carolina at Chapel Hill

'The Political Economy of Communication is a contemporary classic of media studies. Now, in this comprehensively revised second edition, Vincent Mosco, among the leading media scholars of our or any time, brings his searing insights and crystal prose to bear on the latest issues and debates of the field… An indispensable resource for researchers, activists, and students everywhere. It is a classic all over again.'
Toby Miller
Professor of English, Sociology, and Women’s Studies
University of California, Riverside 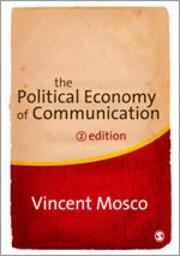 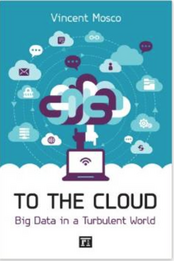 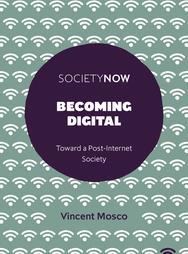 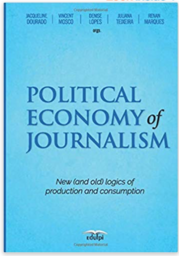 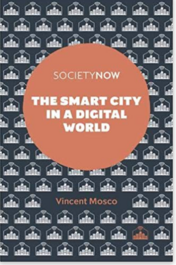